Quartz is a colourless and transparent crystal that originates from a pure solution of silicic acid by means of hydrothermal synthesis. Its name comes from the Greek “krystallos” meaning ice, since it was thought that quartz was ice of divine origin. In crystallotherapy, it is used on the 7th chakra and considered an excellent energy generator. Crystal serves different purposes depending on its shape, such as shedding light on the individual and helping accept a superior design. It aliments sincerity and impartiality, strengthening the ability to understand others. At the same time, it allows one to maintain positions and to assert one’s innermost nature. It is also considered a protective stone.

The Gothic style of this Quartz jewel was produced using trickles of melted wax, giving it a “dripping” appearance inspired by Genoa’s vicinity to the sea. 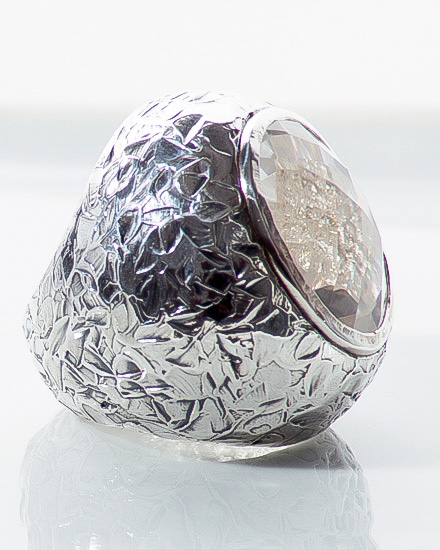 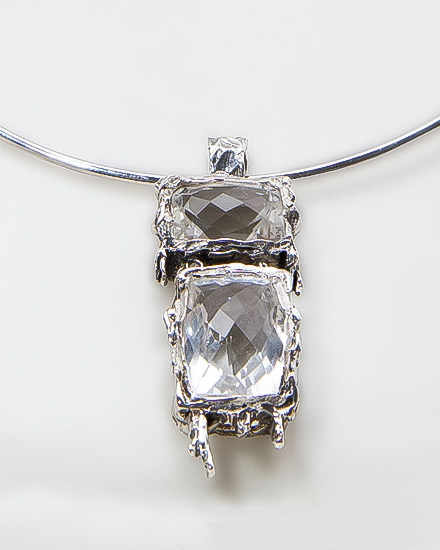